Softwood Bark: An attractive, medium brown softwood blend bark composed mostly of pine, spruce and fir. It is Cousineau’s most popular bark and will absolutely improve the look of any landscape.

Hardwood Bark: An attractive medium brown hardwood blend bark composed mostly of maple, oak and birch. It is a great to use under plants that need an acidic soil.

Dark Mix Mulch: A dark brown almost black color. It is inexpensive, all organic bark mulch that is a mixture of softwood bark and virgin wood.

Light Mix Mulch: A light to medium brown color. It is inexpensive, all organic bark mulch that is a mixture of softwood bark and virgin wood. It is similar to our Softwood bark but for a reduced price.

Black Bark: A colored enhanced softwood bark and will keep its color longer and repel insects.

Landscape Chips: These safe, virgin, 3” minus Landscape wood chips are suitable for all your landscape needs. They have a natural, beautiful appearance and will surely improve every landscape.

Certified Playground Chips: This is an engineered wood fiber, Certified by IPEMA for ASTM F1292, ASTM F2075 and Handicap accessible. Great for both Municipal and Residential playgrounds.

Artillery Fungus: Tiny, cream or orange-brown fruiting structures. They are cup shaped and contain small black spores. The small black spores get released into the air and will stick to any surface it lands on, can be difficult to remove. Most active during the cool wet springs and falls. Not as active in the summer.

Slime Molds: Are bright yellow or orange slimy masses that can reach up a foot or more in diameter. The mold produces tiny spore that dry out and blow away. These molds are not a serious problem and might even be considered a decorative addition to your garden.

Sour Mulch: if you get mulch that smells like alcohol, vinegar, ammonia or sulfur it has probably gone sour. This happens if a mulch pile is not turned enough and the center gets deprived of oxygen. The mulch then has a buildup of acid which is toxic to plants. You can air out the sour mulch by spreading it in a thin layer, soaking it with water and let it dry out. After a few days the mulch will be safe to place in your gardens.

Delivery and Pick up

We offer delivery to NH, VT, ME, CT and RI. We can delivery as little as one yard up to 65 yards. Please call for a quote on delivery pricing. You can also pick up right at our yard in Henniker, NH. We will load your truck right up. 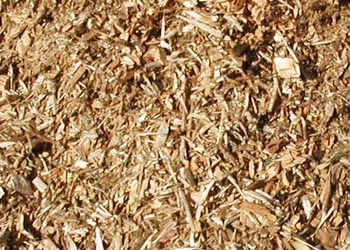